You Are Here: Everyday Realities of Migrants 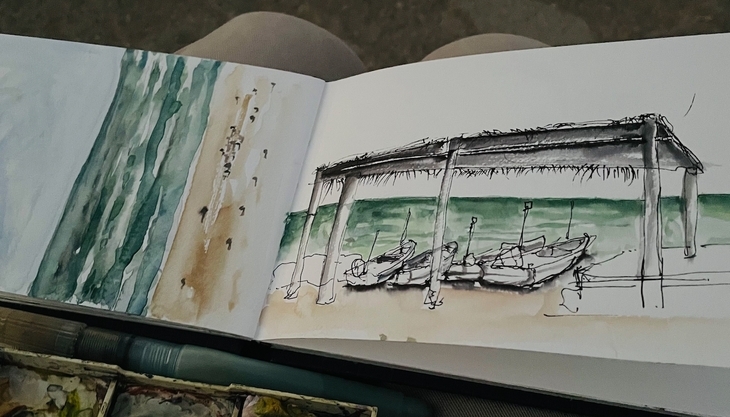 Within the discussions about the lack of qualified personnel and the immigration of highly skilled migrants in Germany, international university graduates are regarded as an immigration group with particularly high potential. The international graduates themselves show a high level of interest in staying in Germany after graduation, but only around half of them actually does so. Therefore, the objective of this dissertation project is investigating this discrepancy between the wish for remaining in Germany and actually (re-)migrating. The time between graduating and entering the labour market is an important transition phase, in which lots of personal, career-related and structural factors may influence the decision for remaining or (re-)migrating. In particular, the role of the individual transnational spaces and place attachment will be examined in order to illustrate the significance of the social embeddedness and the local conditions for the decision to (not) migrate. In order to allow a more differentiated consideration of the respective contexts of origin, the migrant group of Latin American graduates who had previously received little attention was selected. Using qualitative, problem-oriented guideline interviews, the aim is to record the conditions during this transition phase from university into the (German) labour market from the Latin American graduates’ point of view in order to better understand the process of deciding whether to stay or return.

In progress since: October 2017

The Arabian Gulf peninsula is one of the most urbanized regions in the world. In some of its major urban capitals such as Dubai, Abu Dhabi and Muscat, almost half the population is comprised of temporary migrants from South Asian countries like India, Pakistan and Bangladesh. The project is concerned with the migrants’ symbiotic relationship to their environment as they navigate new forms of urban life in Gulf cities through space appropriation.

The project aims to investigate migrants’ compromised rights to the city and the manner in which they use spaces differently due to their temporal stay, limited accessibility and cultural norms. By examining space appropriation amongst migrant groups in selected public spaces in Muscat, insight will be gained into everyday negotiations and urban social relations.

A theoretical framework set in motion by Henri Lefebvre and David Harvey is adopted. This challenges urban grandeur by bringing light to everyday life and ordinary spaces where citizens practice and negotiate their rights to the city.

The research methodology encompasses a multi-perspective and mixed-method approach which incorporates narrative interviews and observation for an insight on personal meanings of belonging and to understand patterns in activity. It expands on visual methods of photography and hand sketching to capture the atmosphere and versatility of spaces and to encourage the eventual transfer and impact of knowledge to the local community.

In progress since: september 2019
Funded by: Studienstiftung des deutschen Volkes